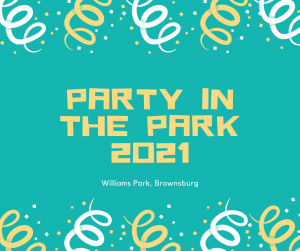 Celebrate National Parks and Recreation Month at Party in the Park at Williams Park in Brownsburg. This event will take place from 11:00 a.m. to 1:00 p.m. on Saturday, July 24th. Brownsburg Party in the Park Enjoy your favorite summer activities like Twister, relay races, and dodgeball and add color! There will be colorful powder used throughout the activities, so be sure to wear a white t-shirt and pants or shorts that you don't mind getting covered in color. The … END_OF_DOCUMENT_TOKEN_TO_BE_REPLACED 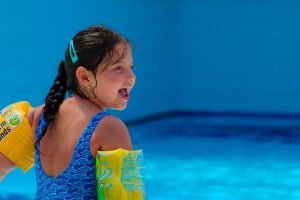 Summer is here! Hendricks County has several splash pads to help you cool off on hot summer days. Be sure to bring sunscreen and towels! Watermill Splash Pad at Williams Park Located at the back of Williams Park in Brownsburg, this splash pad includes more than 2,500 square feet of water features for all ages to enjoy. The splash pad is zero-depth and includes flowing, misting, and jetting aquatic fun. The Superwave pours out 32 gallons of water per minute. The … END_OF_DOCUMENT_TOKEN_TO_BE_REPLACED 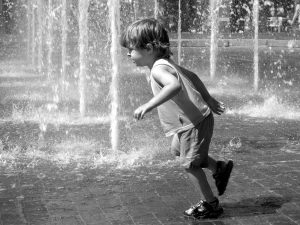 Warmer weather is here and school is out. If you're looking for fun places to splash around this summer, Hendricks County Parks have great options! The Watermill Splash Pad at Williams Park in Brownsburg is free and open every day from 10 a.m. to 7 p.m. this summer. It has fun water features for all ages. Bring a picnic and enjoy some fun in the sun! Washington Township Park in Avon also has a free splash pad with a playground nearby. The splash pad is open from noon to … END_OF_DOCUMENT_TOKEN_TO_BE_REPLACED

9/11 Memorial Event: Williams Park   When Remember September 11th, 2001 at the 9-11 Memorial fundraiser at Williams Park on Saturday, September 13th, 2014. Car Show, Festival, 5k The fundraiser will include a car show, festival, and a 5K run.  Registration for the car show begins at 8 a.m.; car show winners will be announced at 3 p.m. Registration for the 5K begins at 9 a.m. and the run will begin at 10 a.m. Race winners will be announced at 12:30 p.m. Fund … END_OF_DOCUMENT_TOKEN_TO_BE_REPLACED

Fun isn't far from Brownsburg this Labor Day Weekend Looking for ways to soak in summer on this long weekend? There's no need to go on a long road trip to find fun times--check out your own backyard! Take a picnic to Williams Park, then let the kids loose in the Blast-Off playground or fit in a game of pick up basketball or a walk along the paved trail. Adopt a new pet at the Dogs, Dogs & Cats event hosted by Misty Eyes Animal Shelter, or just enjoy the company of … END_OF_DOCUMENT_TOKEN_TO_BE_REPLACED