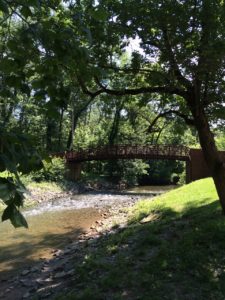 The secret is out! The town of Brownsburg is growing rapidly thanks to great schools, low crime rates, and strong economy. Although it’s an easy commute to Indianapolis, Hendricks County offers plenty of excellent job opportunities closer to home.

All of this population growth has led to the Brownsburg Downtown Revitalization District project. Several other Indiana cities such as Fishers and Carmel have recently participated in similar restructuring to accommodate increased population.

The downtown Brownsburg project aims to create a more pedestrian friendly environment in addition to a thriving downtown space for everyone to enjoy. The $70 million dollar project will break ground this spring. It encompasses three separate developments created by three developers: Flaherty & Collins, Scannell Properties, and Envoy Inc.

These developments are slated to include hundreds of apartments, restaurants, retail space, and office space for businesses. Street improvements such as a dedicated left-turn lane, bike paths, and sidewalks will be added. Parking concerns will be alleviated thanks to a parking garage.

Development will take place on land that formerly house St. Malachy Catholic Church and School as well as a dentist office and numerous small rental houses. The first new construction is a two story building that will include 115 individual office suites. If all goes as planned, that building could open by the end of this calendar year. The overall project could be completed by the end of 2018.

While change can be challenging (especially when you’re driving around construction obstacles!), this development could make downtown Brownsburg a place for everyone to work, play, and live. You can get more details by following the project on Facebook and checking out this recent feature in the Indianapolis Star.