There are some rumblings of change in Brownsburg business development, so we did some investigation.  Here is the background.

Have you ever noticed that Brownsburg commerce is broken into two different areas?  The original business district in originated at the intersection of 267 and 136 and then spread east over time.  Eventually, in the 1950’s, the east 136 business area was built and was the center of Brownsburg commerce for years.

In 1961, the Brownsburg interchange on I-74 along 267 opened north of town.  At that time, the entire area around the interchange was farm ground.  This development removed much of the traffic from 136, diverting it to I-74.  For many years private development slowly grew towards this new traffic source.  In 1979, the new strip center where Kmart and Kroger are now located was created.  These established this as the new business area for Brownsburg, officially splitting commerce in Brownsburg, which is the way it has been ever since. 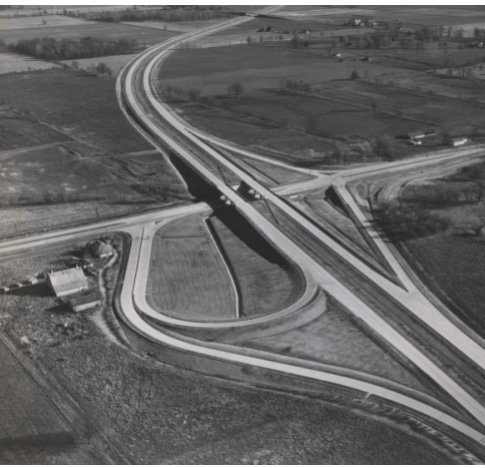 A new solution has been proposed to change all of this.  While Brownsburg has made great efforts to connect the town together by building Northfield drive, so far it has been mostly unsuccessful.  As everyone who lives here knows, SR 267 is often a very slow route through town and is often avoided by residents.  The town has recently taken control of maintaining 267 from US136 to 56th street.  There is a movement afoot to improve this roadway and widen it, making it much easier to get through. 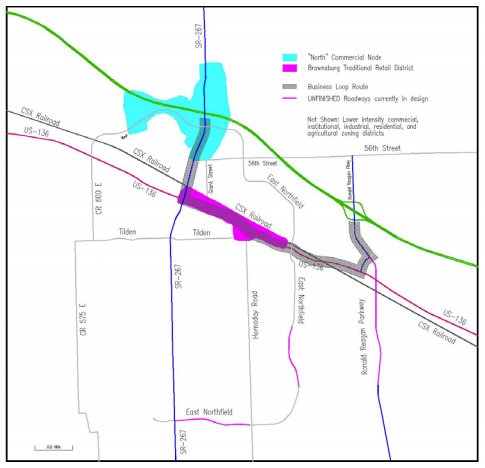 Once these changes are set it motion, there is a loose plan to develop the current residential area across from the old St. Malachy Church property into a new business park that would include retail, office space, and cond0’s.  Along with connecting the north commerce area to the south, the goal of this development would include creating higher tax revenue generating areas to reduce the burden on residents.  Similar areas have been developed in cities north of Indianapolis which have achieved these goals.

One of the biggest problems Brownsburg faces right now is that our money is leaving town.  Residents tend to drive to Avon and northwest Indianapolis to dine out and spend their money.  A successful new business district for Brownsburg could mean new dining and retail options, and the ability for our town to retain more of our own residents spending.  The goal for such a development is not to compete with surrounding towns, but to simply capture our own resident spending.

We will report more as new information becomes available on the topic.